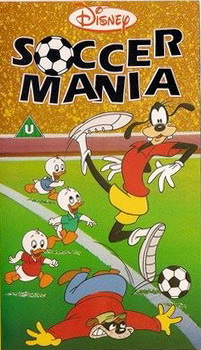 Dorset is well known as a summer destination for visitors, thanks to its plethora of outdoor attractions and fabulous events held during the summer months. What is less well known is that Dorset is a great place to visit in winter as well. This article describes some of the best things about Dorset in the winter months.

Forget the summer – for many people, the winter is when the countryside of Dorset is at its most beautiful and striking. If you avoid the temptation to stay indoors all wrapped up during the coldest part of the year, and instead venture out into the countryside, you will be rewarded with a gorgeous winter wonderland full of frozen streams and peaceful landscapes.

At this time of year, it’s probably best to stick to the National Trust pathways, in order to avoid getting lost, wet and muddy out in the middle of nowhere.

Perhaps surprisingly, only a small minority of native Dorset wildlife actually hibernates in winter. The county’s climate usually remains relatively mild throughout the winter months, and consequently the native bird species are joined in this period by other species from colder parts of the UK and abroad. This makes it an ideal time for nature enthusiasts and bird watchers to go out looking for the county’s wildlife.

One of the main attractions in Dorset is the famous Jurassic Coast, which was declared a World Heritage Site by Unesco in 2001. As well as its series of iconic coastal landmarks, the Jurassic Coast is known primarily as a place to find fossils. As a result, thousands of people both amateur and professional go fossil-hunting on the coastline each year, particularly on the beaches around Lyme Regis and Charmouth.

What is widely known to fossil experts but less known to amateurs is that the best time to hunt for fossils is in winter, rather than in the summer when most people do it. This because in winter the ancient cliffs above the beaches are lashed by stormy seas and bad weather, which causes them to erode away and expose the prehistoric remains embedded in the ancient rock. Thus, in this part of the year, incredibly well-preserved fossils can be found simply lying free on the beach or scattered among rocks, where they can’t be missed!

There is nothing like a warm, hearty cooked meal to get rid of those winter blues, and one thing Dorset definitely has an abundance of is fantastic locally produced food. The county has long had an economy based heavily on agriculture, and this means that it is home to a wide range of vegetables, meats, cheeses, ciders and ales.

In addition, Dorset has 88 miles of coastline, which means it has access to all kinds of seafood, including mackerel, cod, crabs and oysters. Visitors can sample freshly-caught seafood for themselves in whatever setting they choose, from classy gourmet restaurants to traditional English fish and chip shops.

This article has detailed some of the attractions of Dorset in winter time, and there are many more just waiting to be discovered! In the gloomy post-Christmas months, it’s the perfect place to take a peaceful and relaxing break that will leave you impatient to come back for more.